My daughter was born when I was 24, and then 7 months later, she and I left Ohio, and her father, and returned to California, thanks to my parents’ generosity with the airfare.

The Walk
I really needed fellowship, so I joined a Christian Church in the Living Word movement (informally called the Walk) founded by John Robert Stevens. During the study of yoga I had embarked on five years earlier, I had learned about the chakras. Then, in the Living Word Church, meditation was called, Waiting on the Lord. “But they that wait upon the LORD shall renew their strength; they shall mount up with wings as eagles; they shall run, and not be weary; and they shall walk, and not faint.” (Isaiah 40:31 KJV) What I had thought of as the chakras were called, spiritual openings. There was a lot of personal ministry in the Living Word churches. People were given blessings, where hands were laid on the spiritual openings on the head, neck and back, during prayers and prophecies on the person’s behalf.

My own spiritual openings were a mess during those years. I was a bundle of confusion. I wanted to serve God but had a lot of incorrectly wired responses. I was in the Walk, from 1973 to 1981.

My Second Marriage
During the decade after that, while I was having three more babies with my second husband, Joe, in the San Diego area, we shopped around for a church without really finding a good fit.

I had first met Joe at the Living Word church in South San Diego, which was called Coniah Chapel at that time. Then after I had stopped attending the Living Word Churches because, among other reasons, I was frustrated with the lack of opportunities for women, I met Joe again in Chula Vista at a Taco Bell. He followed me and my second grader into the restaurant while we were walking home from an evening meeting at her school. We tried Calvary Chapel, the Christian Essenes, an offshoot of the Walk called Living Springs, another independent church related to the Pentecostals, and the Seventh Day Adventists. Corniah Chaple had had its name changed to Church of His Kingdom. We went there a few times as well. My favorite church of that period was the Christian Essenes. I enjoyed reading the Essene Gospels translated by Ebmond Bordeaux Szekeley. I was fascinated to learn about the Jewish and Christian Essenes who lived near the Dead Sea around the time of Christ, their beliefs in a natural, raw food lifestyle, and that Jesus was one of them! I enjoyed the talks given by Reverend Gary White, and loved the raw food potlucks. However, unfortunately, the church met a ways from where we were living. Then we moved even farther away, so we were not able to go very often. Joe and I split up in 1991 because of his drinking problem.

My Personal Meeting With Ascended Master, Baha’u’llah
I finally started to heal my messed up chakras when I met Baha’u’llah in the spring of 1992, while living with my younger three children in a little house in Fallbrook, California. Baha’u’llah, the primary founder of the Baha’i Faith, had ascended 100 years prior to my meeting with Him. I had an astounding meeting with Him that consisted of visions and auditory phenomena (which continue to this day.) He kept breaking into my thoughts and telling me to stop depreciating myself, among other sweet exhortations like, “I am closer to you than your own teeth!” My long-standing habit of negative self-talk began to change under His remarkable influence.

Personal Energy
Much earlier, while in my teens during the 1960s, I had started to notice the ebb and flow of my personal energy, a couple years before I started meditating and practicing yoga. Being around a negative person, like my dad, would cause an unpleasant feeling in my buttocks and sometimes genitals which I eventually identified as being symptomatic of losing personal energy. When I got off by myself with an attitude of reverence for life, sometimes I would experience pleasant feelings rippling down my head, back and arms. Eventually I came to understand this phenomena as my personal energy being replenished. For years, decades even, I would notice the energy drain symptom around mean people or difficult situations, and I felt powerless to stop the drain and hang on to my energy.

The Second Chakra
The second chakra, slightly above the first chakra, oversees familial relationships, sexual relationships, close friendships, parenting and grooming. The energy junction of the second chakra is behind the genitals, the womb of a woman and the prostate of a man. The womb brings the miracle of a new life to earth. The womb also has metaphysical abilities and properties, being the bridge between the divine and the physical. Variously called dignity, self esteem, libido, charisma and kundalini; personal energy gets complicated at the second chakra. We need grooming by other people, yet getting that need met can open a Pandora’s box of emotional baggage if the others in our life are impure.

In the books I read about yoga in college I learned about kundalini, which was explained to be like a serpent coiled at the base of the spine that could be awakened and brought up to the higher levels of creativity, a fiery personal energy. At the second chakra it can infuse a dignity and innocence that cancels an insatiable greed and erases an unnamed shame.

Krishna
Krishna lived about five thousand years ago. Over the millennia His life story has become largely myth and legend. Krishna taught his followers to accept Him as their personal connection to God. “Concentrate your mind on me. Fill your heart with the presence of God. Love me, serve me, worship, and you will attain me at last.” The Bhagavad Gita, 9:34.

The Manifestation of God
Not everyone realizes the difference between the Manifestation, or Avatar, sent by the All-Highest Unknowable God, and God Himself. Maybe it is not an important distinction. When it becomes important is when developing tolerance for other paths. There is One God and, over the millennia, many avatars.

When the sinner findeth himself wholly detached and freed from all save God, he should beg forgiveness and pardon from Him. Confession of sins and transgressions before human beings is not permissible, as it hath never been nor will ever be conducive to divine forgiveness. Moreover such confession before people results in one’s humiliation and abasement, and God—exalted be His glory—wisheth not the humiliation of His servants. Verily He is the Compassionate, the Merciful. The sinner should, between himself and God, implore mercy from the Ocean of mercy, beg forgiveness from the Heaven of generosity and say:

O God, my God! I implore Thee by the blood of Thy true lovers who were so enraptured by Thy sweet utterance that they hastened unto the Pinnacle of Glory, the site of the most glorious martyrdom, and I beseech Thee by the mysteries which lie enshrined in Thy knowledge and by the pearls that are treasured in the ocean of Thy bounty to grant forgiveness unto me and unto my father and my mother. Of those who show forth mercy, Thou art in truth the Most Merciful. No God is there but Thee, the Ever-Forgiving, the All-Bountiful.

O Lord! Thou seest this essence of sinfulness turning unto the ocean of Thy favor and this feeble one seeking the kingdom of Thy divine power and this poor creature inclining himself towards the daystar of Thy wealth. By Thy mercy and Thy grace, disappoint him not, O Lord, nor debar him from the revelations of Thy bounty in Thy days, nor cast him away from Thy door which Thou hast opened wide to all that dwell in Thy heaven and on Thine earth.

Alas! Alas! My sins have prevented me from approaching the Court of Thy holiness and my trespasses have caused me to stray far from the Tabernacle of Thy majesty. I have committed that which Thou didst forbid me to do and have put away what Thou didst order me to observe.

I pray Thee by Him Who is the sovereign Lord of Names to write down for me with the Pen of Thy bounty that which will enable me to draw nigh unto Thee and will purge me from my trespasses which have intervened between me and Thy forgiveness and Thy pardon.

Verily, Thou art the Potent, the Bountiful. No God is there but Thee, the Mighty, the Gracious. 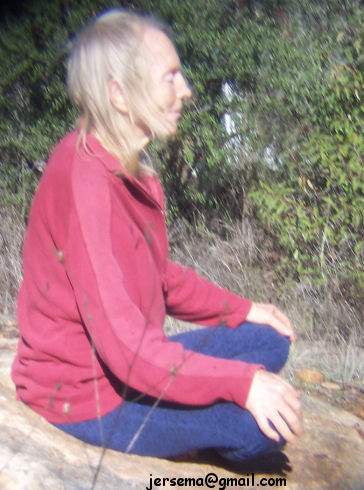 This is the second installment of a seven part series on virtues. Part one, Courage, can be found here

This is a text widget, which allows you to add text or HTML to your sidebar. You can use them to display text, links, images, HTML, or a combination of these. Edit them in the Widget section of the Customizer.
Loading Comments...
Comment
×
%d bloggers like this: